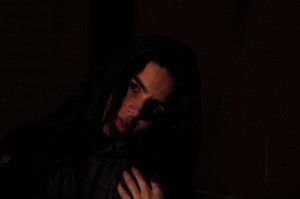 Day 65- Today I was on Playboy Radio, a guy named Jeff called in and gave me a suggestion for my 101 Days of Self Pleasure.  He Recommended that I try Phone Sex.  I admit I have never tried this or thought of it, but why not!  I came home to do a little research on the topic.  In my google search I came upon Betty Dodson’s site, I’d love for her to give me some homework!  At any rate, I found a 1-800 number to call, but thought I’d do a little more research before actually doing it.  It was late an night and if I’m going to do it, I want to have an orgasm.  I’ve been frustrated with not having an orgasm with all these evening sessions.  Why bother self pleasuring when I can’t have an orgasm!  Maybe that’s the wrong attitude, but sure do like my orgasms.  I did a little genital touch with dreams of having phone sex.  One days soon, I promise.